A big thank you to those who took the time to play along with us for LESSology Challenge #57: Snail Mail Revolution. We loved seeing how creative you got with your envelopes! :) 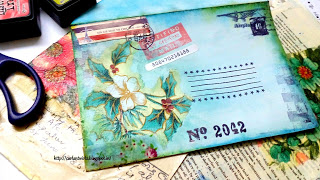 Congratulations Remya! You are the winner of LESSology Challenge #57: Snail Mail Revolution! Please email us so that we can send you your RAK! 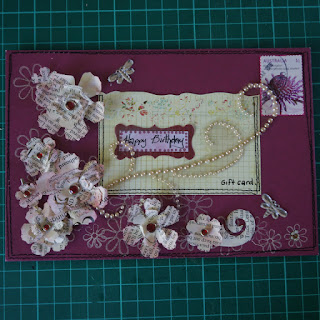 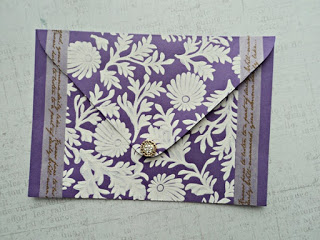 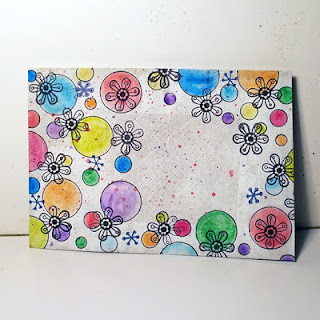 Congrats Judy, Ela17 and Buffy! Please grab your Top 3 badge from the sidebar. :)

If you have time this month, please play along with LESSology Challenge #58: Chalkboard Fun!

Do have a chalkboard lying around in your home? Maybe you can give them a little makeover like design tam member Lizzy Hill did for LESSology Challenge #58: Chalkboard Fun!

This month our LESSology challenge is to play with a real or faux chalkboard, in whatever form you want to make it! Originally I was going to do a LO, using black gesso & then 'pretend' chalk
effect over top. I've done this before, on this page: 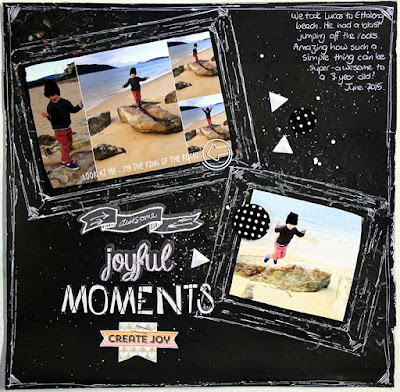 However, last Christmas I got a voucher for TYPO, a stationery store in Australia & I bought this cute little chalkboard which I've had hanging in my scrap room This is it 'in situ' - I haven't 'fancied up' my room here...... 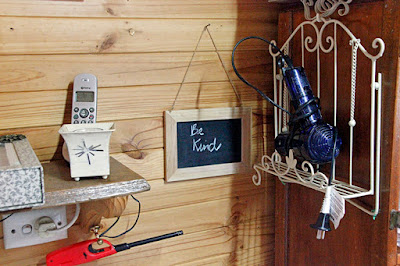 This challenge could have been MADE for me, eh?
Maybe you've got something similar that needs a bit of a do-over!
Here's it finished & back in place: 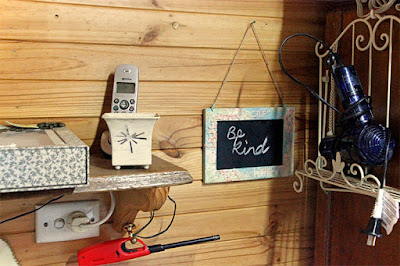 I started with a coat of gesso, then some paint layers... 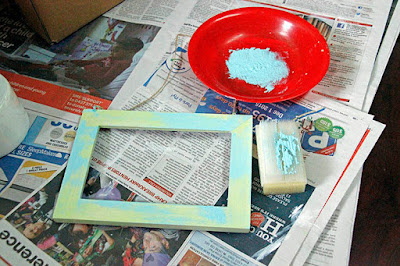 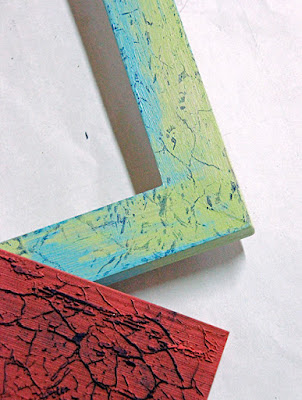 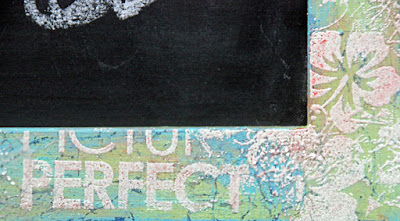 Lastly, I found some old doily - cut it into bits & attached it for some
dimension. Coloured with some ink. 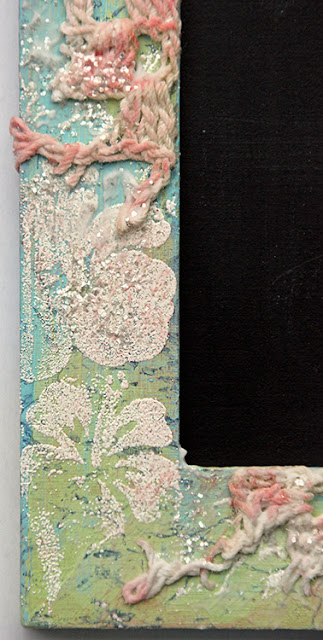 Oh! I added some Mica flakes, too, for some glamour;) 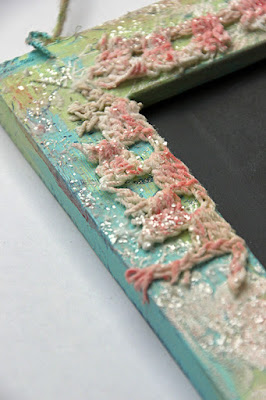 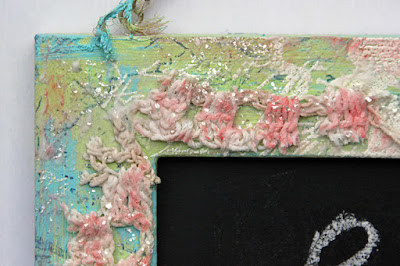 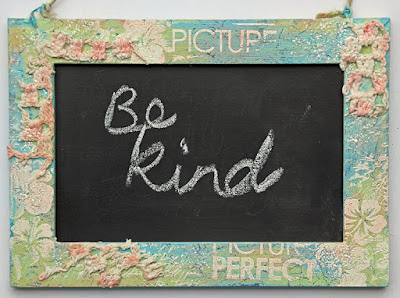 Hoping you can join us in our LESSology challenge this month!
Happy Scrapping ~ Lizzy ♥♥♥
Posted by yyam at 12:01 AM 4 comments:

Have you seen pretty jars with faux chalkboard labels? They are fun to make as seen in design team member Mitra Pratt's project for LESSology Challenge #58: Chalkboard Fun!

The faux chalk board label was easy peasy to make when you have a white marker. I cut one label out of the sticky backed copper foil by Ranger and another from scrap cardboard. The cardboard piece got a quick coat of black spray paint and then was cut to fit inside the copper one. I wrote "Spice of Life" on it with a white marker and then hot glued it in place.  Added some prima and petaloo flowers to decorate. 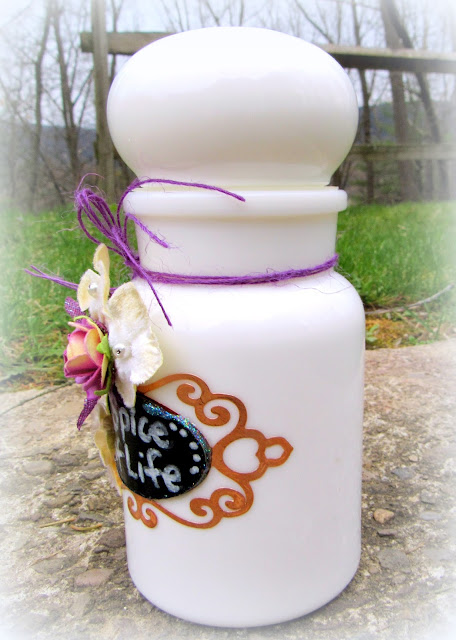 Check out how cool of a sticker that copper foil makes! Love that die too. It's Fancy Tags 2 by Spellbinders. 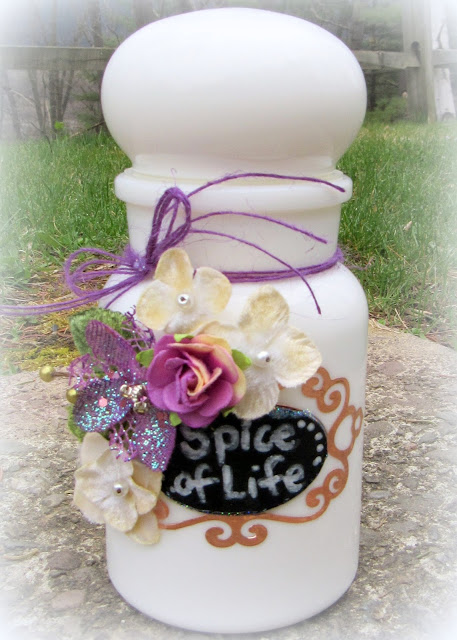 Since the top is sealed & a stopper, I might just store tea in here at work....right now I'm enjoying looking at how pretty it is!

Hope you get a chance to play along with us here at LESSology or even give that copper foil a try! 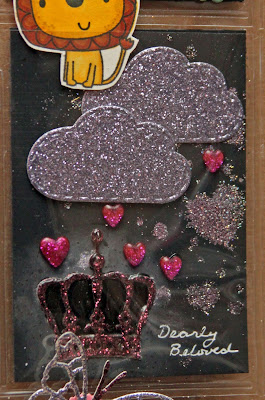 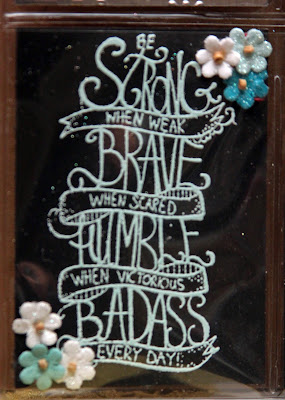 Chalkboards are the rage now in home decor so why not make one for LESSology Challenge #58: Chalkboard Fun? Let's check out how design team member Yvonne Yam was inspired by this challenge.

One of my fave craft paints is the blue chalkboard paint by Martha Stewart. 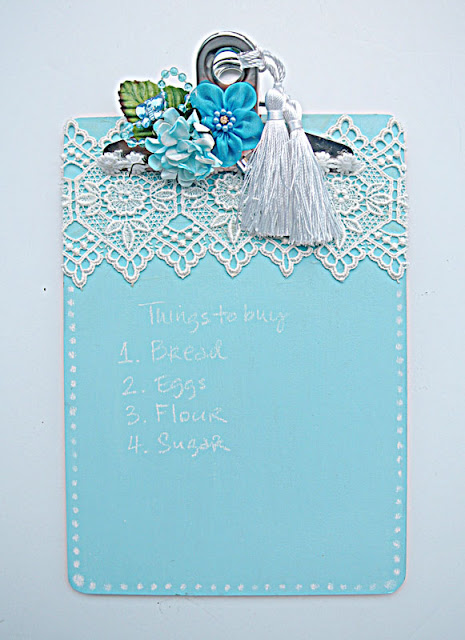 So I decided to make my own chalkboard with an old clipboard.:) 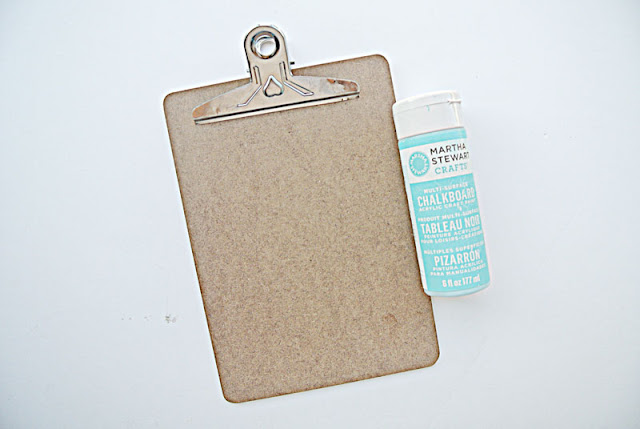 I covered this old clipboard with two coats of chalkboard paint. 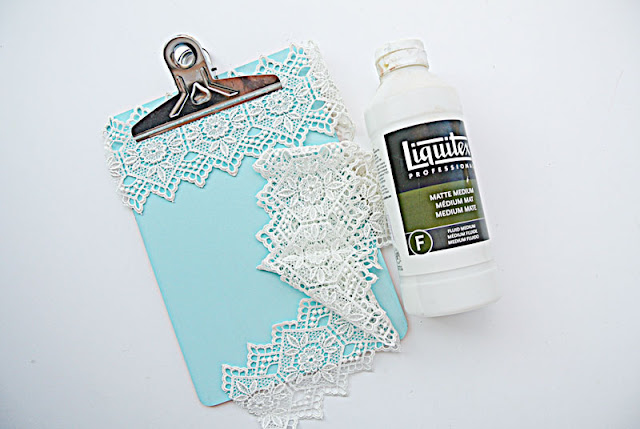 Next, I adhered some gorgeous lace. 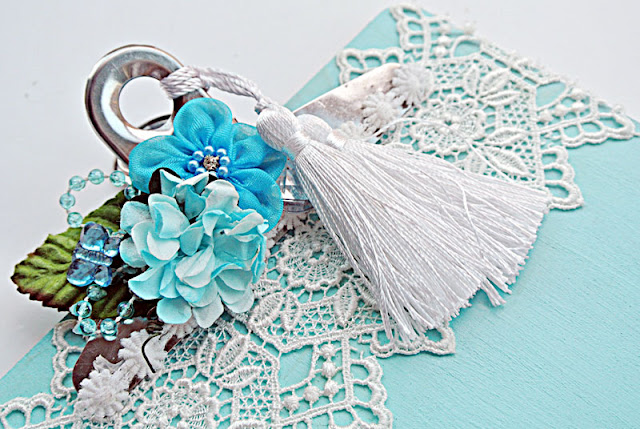 After that, I decorated the top of the clip with pretty embellishments. 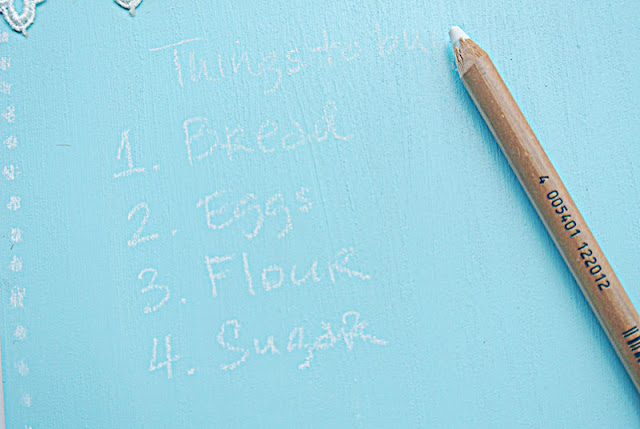 And then it's time to test my chalkboard! I used a white pastel pencil which works like conventional chalk without the mess.

As always, you can create anything you like as long as you incorporate at least ONE upcycled item on your project. Please let us know what it is in your blog post as it may not be apparent to us. 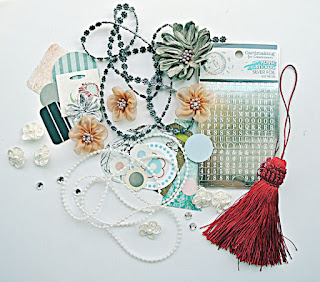 Here is this month's prize.

How about a sneak peek at the design team's projects? *winks*

Are you ready to play along? Please link up your newly created projects featuring the use of a real/faux chalkboard via InLinkz [located at the end of the post] by Friday June 3, 11.55pm EST. 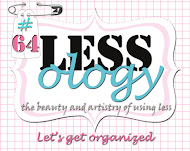